Subscribe to Stay Up to Date on Company News

Giving people effective feedback on their work is hard because it demands striking a delicate balance.

This balance is difficult to strike, but getting it right can be remarkable—so remarkable, in fact, that someone has developed it into an entire school of thought, known as radical candor.

What is Radical Candor?

According to Scott, radical candor is the simple combination of honest, constructive criticism of a person’s work, with genuine empathy for them as a person and consideration of how that feedback might make them feel.

To practice radical candor when giving someone feedback is to give them constructive criticism that is honest and direct enough to give them a clear idea of how they need to improve, but considerate enough that they feel encouraged and valued, rather than discouraged and disparaged. The easiest way to understand why radical candor is so effective is to compare it with the other quadrants of the graph: what happens when you give feedback that is critical but not caring enough, or caring but not critical enough.

Why Is Radical Candor so Effective?

Radical candor is effective because it strikes a balance between two things that people need to have in order to grow in the workplace: critique and empathy. Either can be detrimental to someone’s personal and professional development if they get too much of one and not enough of the other.

To understand this balance better, let’s look at some of the alternatives to radical candor: obnoxious aggression, manipulative insincerity, and ruinous empathy.

Obnoxious aggression is criticism that is thorough and perhaps honest, but inconsiderate of the receiver’s feelings to the point of being hurtful. It can be so hurtful, in fact, that it can even feel spiteful—as if the person giving the feedback wants to upset the other person rather than help them improve.

This style of feedback is ineffective because, while it can give people clear and even actionable advice on what they could be doing better, its coldness can affect people’s self-worth so badly that they feel discouraged from their work in general.

Obnoxious aggression can make employees feel under-appreciated, hopeless, or even defensive and hostile towards the person giving the feedback. None of these are productive feelings to draw on when trying to improve one’s performance.

Instead of provoking such destructive feelings, criticism should make people feel appreciated, hopeful, and willing to improve; in other words, it should be compassionate.

Manipulative insincerity refers to feedback that is neither challenging nor caring. This kind of feedback might be positive, but this positivity is insincere and comes from a place of manipulation rather than caring.

Sometimes, if an employee is performing exceptionally well, there is no room to critique their work—but this is rare. More often, all-positive feedback is insincere.

For example, some managers avoid critiquing their staff because they care more about being well-liked in the workplace than about helping their people grow.

Other managers might be disengaged with their work or want to avoid the challenging responsibility of helping their people improve, and so they give falsely positive feedback to avoid doing this hard work.

In both cases, the manager is being manipulative because they are avoiding giving criticism for their own sake, not out of consideration for their employees.

Whatever the reason for manipulative insincerity, it is not an effective feedback strategy because it doesn’t challenge people to improve their work.

Sometimes the ability to give effective feedback can be ruined by misplaced empathy. Some managers care so much for their people’s feelings that they don’t want them to experience the unpleasantness of criticism, and so they don’t give them the criticism they need.

This type of feedback comes from a place of caring, but this kindness only has temporary effects. It might spare someone’s feelings in the short term to withhold criticism, but this can harm them in the long term by limiting their growth.

After all, we rely on our managers to tell us what we’re doing well and what we could be doing better. It’s difficult for someone to improve their work if they can’t rely on their manager to tell them where they can improve, and how.

Ruinous empathy is not an effective feedback strategy because while it can boost a person’s confidence and make them feel appreciated, it doesn’t tell them how they can improve.

Examining the alternatives shows why radical candor is such an important and effective value to embrace when giving people feedback.

Radical candor holds both criticism and caring as equally important in the feedback process. It’s an effective feedback strategy because it balances these values against one another to help build people’s confidence in their value, whilst challenging them to grow. How to Foster Radical Candor in Your Organization?

Radical candor is important when giving feedback, but it shouldn’t just be relegated to one-to-one Sync-Up review meetings.

Building a culture of radical candor in your organization can help people get used to giving and receiving honest and caring criticism and embracing improvement as a constant process, rather than one that is restricted to evaluation meetings.

Here are some things you can do to help build up radical candor as a company culture.

Many companies skim over the feedback process because it can be so time-consuming, and can feel like it’s detracting from more urgent projects.

However, feedback is a key driver of improvement for you, your organization, your people, and your teams. You can’t benefit from this improvement if you don’t put the time and effort into your feedback cycles.

To fully commit to your organization’s progress, you need to be strict about your feedback tasks: implement them regularly, and don’t let people put them off. Make sure your people understand why this is so important.

You should also keep an eye on response rates to feedback surveys, and be watchful for data gaps. For example, make sure your people take the time to answer all feedback survey questions thoughtfully and honestly.

One way you can get your people accustomed to giving and receiving feedback—including constructive feedback when it is needed—is by building feedback into the everyday running of your business.

Implement “micro-feedback” processes in meetings or assignments. For example, at the end of a meeting, have people quickly call out one way in which the meeting could be improved.

Managers should also take time every day to not only praise people for completing certain tasks well, but to give people encouraging pointers on how they could improve.

You can also think about how you can continuously listen for implied feedback when people talk about their work.

Care about your people

How well you regard your people isn’t just reflected in the feedback you give them.

One of the most impactful ways you can show your people that you care about them is to listen to their feedback on your own management performance, and action it whenever possible.

It’s also important to take an interest in each of your people, keeping an eye on how they’re doing in general. You should try to get a sense of when someone is having a good month and might be up for more challenging criticism, versus when they are having a hard time and need to be shown more appreciation and support.

Radical candor is a way of giving effective feedback that balances empathy and care for the person’s feelings with honest criticism that helps them grow.

It can most easily be understood through contrast with its alternatives:

Radical candor is an important feedback style to master, but its value isn’t limited to formal feedback processes. You can harness radical candor to challenge your people and your company to constantly improve by:

With the experts at WorkTango, employee feedback can be the perfect balance of constructive criticism, empathetic and actionable. If you would like to learn more, click here.

WorkTango is built for the workplace we all want to be a part of–where priorities become clear, achievements are celebrated, and employees have a voice. So if you’re ready to make work lives better, check out this short WorkTango overview video, or schedule a demo today. WorkTango is the employee experience platform built for the modern workplace. 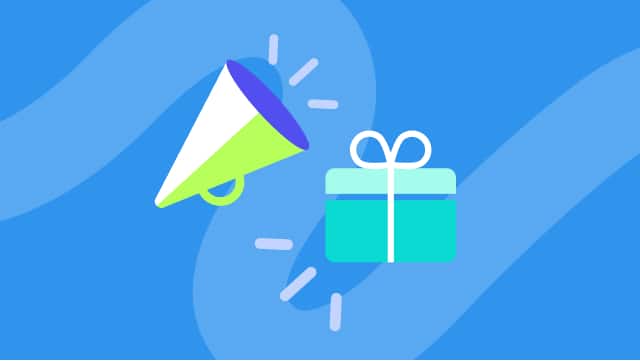